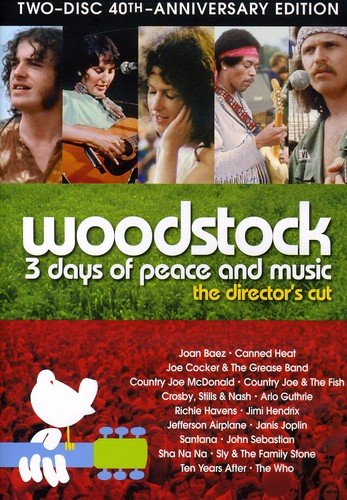 1969 was a year unlike any other. Man first set foot on the moon. The New York Mets won the World Series against all odds. And for three days in the rural town of Bethel, New York, half a million people experienced the single most defining moment of their generation; a concert unprecedented in scope and influence, a coming together of people from all walks of life with a single common goal: Peace and music. They called it Woodstock. One year later, a landmark Oscar®-winning documentary captured the essence of the music, the electricity of the performances, and the experience of those who lived it. Newly remastered, the film features legendary performances by 17 best selling artists.