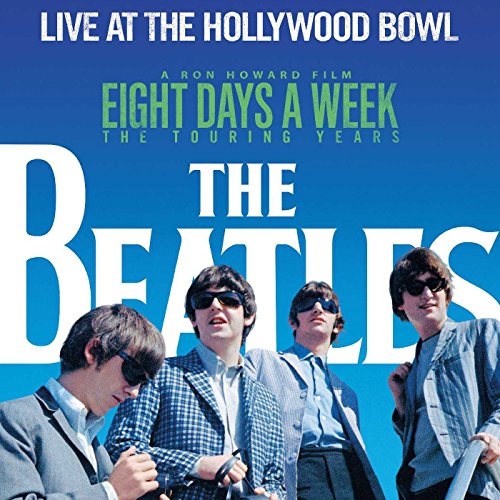 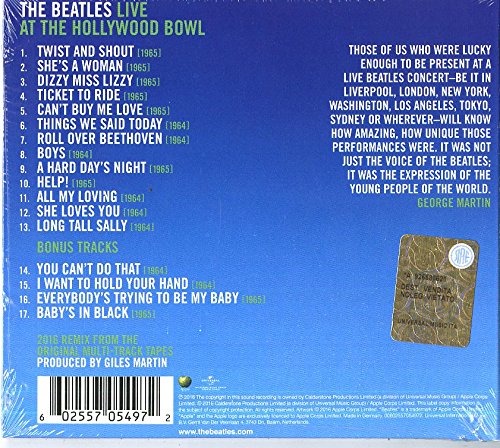 Live At The Hollywood Bowl

The Beatles: Live At The Hollywood Bowl is a new album that captures the joyous exuberance of the band’s three sold-out concerts at Los Angeles’ Hollywood Bowl in 1964 and 1965. The CD will be packaged in a `digisleeve’ and accompanied by a 24 page booklet with new liner notes by David Fricke. A companion to The Beatles: Eight Days A Week – The Touring Years, Academy Awardr-winner Ron Howard’s authorized and highly anticipated documentary feature film about the band’s early career.