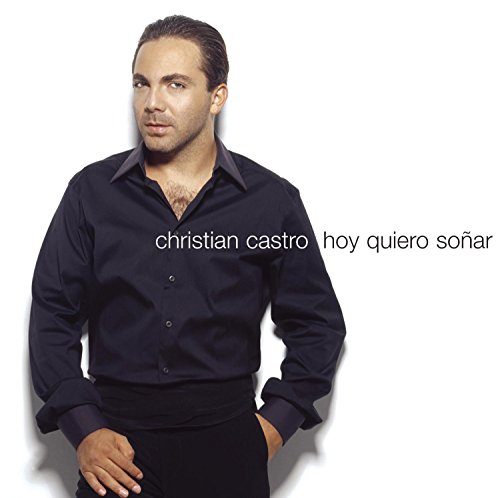 Mexican singer Christian Castro has always been a great singer in search of equally compelling material. Most of his albums (Mi Vida Sin Tu Amor, Azul, Amar Es), however, afford only a few notable songs amid so much overproduced, uninspired commercial fluff. Hoy Quiero Sonar finally gets the mix right, pairing Castro’s soaring voice with material that captures a good sense of his essence as a singer. Hitmakers Kike Santander and Rudy Perez are still cranking out the material, but they finally seem to have an understanding of what Castro is all about. The arrangements are lush and beautiful but still understated enough to keep Castro front and center. Even uptempo cuts like “Vamos a Bailar” and “Una Cancion Para Ti,” sound fresh and up-to-date, often a puzzlingly difficult task for Spanish-language balladeers. Many of the album’s best cuts, including “Imagina,” “Quedate en Mis Brazos” and “Yo Dudo Que con El,” are accented with mariachi flourishes. It’s an inspired move and one that Castro would be wise to integrate into more of his music in the future. –Joey Guerra