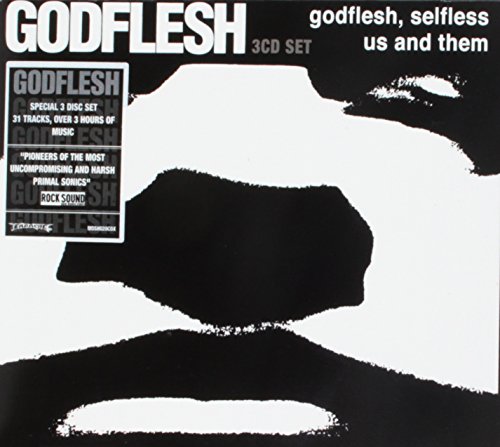 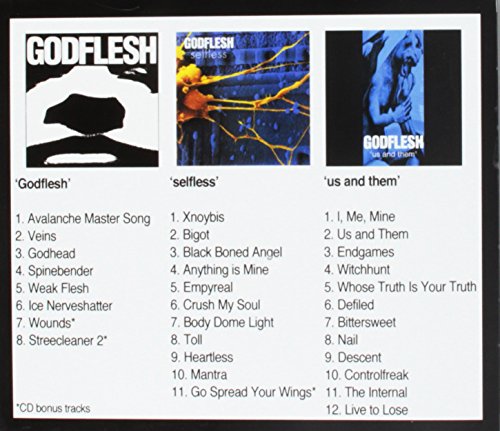 UK three CD set containing a trio of albums from the British Industrial Metal band led by Napalm Death’s Justin Broadrick. Features sought after music from different eras of the band’s career – their 1988 debut record Godflesh (with two bonus tracks) together with the 1994 album Selfless (including a 23 minute bonus track), plus US And Them from 1999, the band’s final Earache album. A total of 31 tracks across three discs, housed in a smart slipcase sleeve.