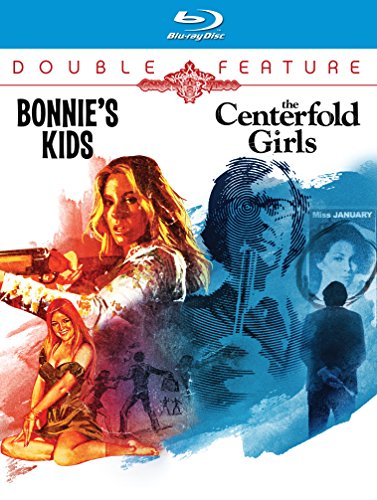 Get ready for two of the most shocking and controversial films from the golden age of 70s exploitation cinema, now available for the first time on Blu-Ray!

In CENTERFOLD GIRLS, a bloodthirsty psychotic is brutally murdering a number of beautiful women nurses, students, stewardesses whose only connection is that they ve all appeared as centerfolds in a popular men s magazine. Can this crazed killer be stopped before the next buxom beauty ends up with her throat slit?

Featuring standout supporting performances from Aldo Ray, Jaime Lyn Bauer, Andrew Prine and Sharon Gless among many others, these two drive-in classics from the legendary Arthur Marks (Linda Lovelace for President) have been meticulously restored from their original film elements and are now available in glorious HD for the first time!